Sprechstimme [Minutes of a Meeting]

i. Their initials spell P-E-N which is a pretty trick.
ii. The speaker of the house is portable - Nisha carried her here in a pale body-bag.
iii. Our spectrum-correspondent caused colours to be discussed, and appropriate palates are established.

I’m discussing with either a) Canova’s The Three Graces or b), in terms of hair colour 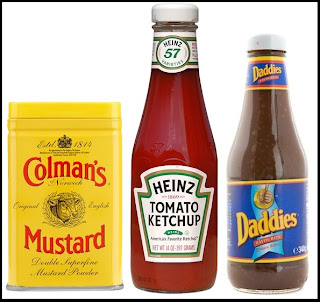 the issue of ventriloquism, of braiding throats, of making statements ambient when you’re aiming to be easier on the ear than on the eye; ‘a face and poetry for radio,’ someone could have said, and her tastebud ellipses would Braille off into the King’s Cross Orion’s Belt Centre for Collaboration (trepanning for peepholes, there: that’s memory for you). More personas than chins, than limbs, the emphasis has a dying fall upon prosody - you can mewl some of the people some of the time but Plath sounded like she could present Listen With Mother and charge by the minute. According to yesterday’s news I’m [this] much closer to walking down an approved aisle at an approved pace while today a spokesman ‘emerged from a horsemeat summit’. If you’re going to topsy-turvy policy and activism I may as well

get the words out in the right order for the three small bones of your ear and their metaphors that recall blacksmithery and gob-jockeys.

One of us breaks Stein's spine and we all apologise, each to the other, when really the joke is I couldn't seduce for toffee because of teething issues but luckily Myles sounds like Boston chowder, Bergvall of brunost and bouillabaisse, Stein of cream and soft liver, Plath some heavy-petalled cocktail and Frank (lovely Frank!) of coffee so strong that it could give you whiplash; Anne Tardos of warm cookies and politely-refused milk and Tracie Morris is salt beef and butter. Of course today of all days I’m eating yoghurt (YOGHURT!) [I’d eat semi-colons too, but the resultant pun writes itself a bit too easily]. Alice wrote the cookbook for eating your words, their basket-case dogs chasing cats that are for-getting your tongue where, here, people don't smile with open mouths but THIS IS ALL BY MEANS OF AN ASIDE: why of all the things in the world did I bring jongleur yoghurt to the table with this inelastic spoon I’ll have to worry about recycling later? If I stumble and eh eh eh he he he like a good 'un, tongue-tying up this trousseau of a throat (true say), don't come splitting hairs and spitting feathers; don’t try keeping me in currency. Slang your hook.

E: I refuse to put myself and my yoghurt in this poem. I don’t even know how to spell it correctly. This is just like that time with hummus all over again.

Keep it farivocal, the lovely complexity of larynges as a plural, of the ‘cross between speaking and singing in which the tone quality of speech is heightened and lowered in pitch along melodic contours indicated in the musical notation’.

Flat rather than sharp, one could use every corner of your mouth, polygon your tongue and lay verbs to wrap your chops around, tongue-twister, sister; those who are better versed in s’hood and sectionals and sex and socking it to the audience in slipshod stanzas when I can barely say 'posh sausage sandwich' without having a perfectly RP embolism vs. I who have taken to spitting inadvertently at professors and speaking in parentheses rather than brackets. All their three poems make me think about rubbing out (hey, no, not in an oi oi! sense and other non-verbal queues, etc) which says something; all of you who can dance and deuce an Orta, I'll be in the stalls eating yoghurt and laughing at the idea of seducing Compote Mentis: A Play (On Words) and thinking of Stein as ample, punishment. We’re all too polite to be the first to mention we should stop reading this, that we should stop if stopping is time for mentioning then we should stop stopping, and mentioning, and stop mentioning and mention stopping and be the first to stop mentioning stopping and asking, rather, whether you might get diacritic with me, get assonant-sick-like-Sid-and-Nancy and gather the scoops and lollipops and balloons of vowels in kindness and (say it!) erotics

[Editor’s note: why not use the word ‘digression’ with calculated sloppiness?]

in the hope to be brought into line. Open wide, now try it: ‘bottle of beer’.

Line lain, laid like a table or a fuse, laid bare like an egg, like a tooth under a pillow, of getting laid, in wait, getting plosive with me or I’ll – I - I’m going to speak nettles and invite polylogue demagoguery. We could discuss as if underwater (you will not pronounce a strikethrough) with baited question-marks and bated breathing and (I’ll sotto your voce in a minute) with EQ bevelling where I fall for everything said by these three and speak too much, and write to much and, in

on sole of the foot of the

metre, the tongue of

the! shoe! bed! cunt! Stein! Plath! how can such short words be so supple? Threats and invitations. No doubt Alice T’s typewriter is cooling-off from all the heavy lifting of belied dictation, and stereotyping is always better when the subject is not there to defend itself. When others say your name your ears are said to burn; we’ve used so many women’s names (and Frank!, lovely Frank!, ‘bottle of beer’!) we’ve got a whole pile of sides of their heads for kindling today.

An emoticon for an ear is difficult to get quite right - @, &, £, ? – let alone the winch of it as erogenous zone;  I should have eaten honey, I should have eaten my own mother and my father’s accent, I should have marshmallowed up the courage that was puffy in my throat (and)/(but I) bottled it when all I want to do is take a thumb to your gumline and strike a match off it, sure as 'q' and 'u' should be closer in the alphabet: one without the other seems sad, Pyramus /RST/ Thisbe.

In the closest pub they have encyclopaedias on the mantelpiece for show [‘Phwoar!', 'Unnff!', 'KAPOW!'] under dried flowers on the gabling, sure as dirt under the fingernails, sure as 'Rude and 'Lice's poodled relationship, word and text, clasp and hinge, upper and lower jaw and I bet the noun (let’s not mention verbs) tongue is feminine in most languages and in the silly brinkmanship of my teeth I’ve been pronouncing Yosemite incorrectly all this time, sticking the Queen’s English tongue out like a bride's scold, a scold’s bridle.

I'm often lewd, even with yoghurt: you can't spell lewd without L+E, say it out loud, or my initials. A voice that admits to granite, but is soft; a voice that names its grunts after Laureates; a dancer’s voice that denies Lancashire and has a hole in her shoe.

The Graces / condiments are talking about cunts and I'm thinking about Beckett: ‘and a thin red mouth that looked as if it was raw from trying to shit its tongue’ [1]which is LORD! JUST HORRIBLE! but supplying gags, and the accompanying reflexes.

[Editor’s note: Stop swearing in your poetry, it’s not big and it’s not fucking clever]

We’re training the wickerwork of tongues as one might crumple origami into 28 Sections, not down the line nor with all the camp shtick of velvet because I'm training myself to be a latent gentleman. Even songbirds have dialect. Yo ghurt if you want to, the Lady is not for ghurting Stein or lassoing Tok

Bring your phonemes and last words, then, and bring them hot. Why I Orta; I'd launch into the heat of your impractically small ear. The passing trains will providing the iambs’ kick, the lambs’ pronking alongside our words so well-spoken they may as well ignite in the same way a match fucks the box it strikes (again, I’m swearing because I’m empowered [that’s right, isn’t it?]. Vague uncorking sounds: as silly as sex is, as silly as talking about sex might be this week when Monopoly has got rid of the iron and replaced it with something else for the ladies – on the board, King’s Cross station has a Mortgage Value of £25. The inappropriate bone of such a word filleted; a flipping-out of its spine and making play with the spines or spurred signs; slurred spines, furred, fine;  I'd not ask you the flavour of the rain or the etiquette of re-wording such a sphinx-tined thing and bother-you-hot, or ask how you pronounce ‘Distribute these paprika-almond scones’? I'm chewing cud, a cunning stunt or some such and we’re wrapping chops around the mimetics of Oulipopo-rivers, dear Beloved, filtrum fulcrums, ‘I find your wordplay embarrassingly cheap, fuggit, kiss me’ and so on. Wine before beer makes you queer and you can't scald words as they come up from you, steaming as they hit the cold air, and trying to read out-loud or speak not-inwardly always seems a case of getting away with it, getting under the collar of your choice of pocket dictionary and now my mouth’s a waiting room or a smackable fruit and/or I smoothe away Alice's moustache (ñ).

You terrible flirt, word, I’m not going to quarantine these sounds any more, I’m going to unlock doors and watch them panic :C vs :(as we mismatch vocalisations, upend ambiguity. I like the way poets know how to sectionalise themselves; I'd file you under Morsel, I'd monologue you sideways despite all of your weddings; they’re only spoken vows anyway and we could get gentlemanly with it over the well-seasoned reception tables.
And even though I only thought to bring yoghurt I can’t stay mad at you, words, not with your canines looking at me quite so directly.

Email ThisBlogThis!Share to TwitterShare to FacebookShare to Pinterest
Labels: prose

Based at Royal Holloway University of London with Poetic Practice.